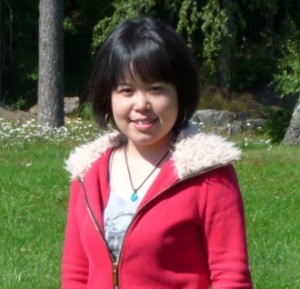 Huihui Yang  successfully completed her PhD trial lecture and thesis defense at the University of Agder on Tuesday, the 28th of June 2016 and will be awarded the degree of Doctor of Philosophy.

The title of her thesis is “Cryptographic Enforcement of Attribute-based Authentication” and the given topic for her trial lecture was “Security in cloud storage”.

There are currently a lot of cloud-based services, such as cloud storage, cloud computing and data outsourcing. Consider Dropbox, one of the most popular cloud storage applications via which users can create special folders on their computers and save files within. Later, users can access these files from elsewhere, like mobiles, iPads or other computers. In addition, users can share files saved in Dropbox folders with other people. Cloud users can also employ cloud resources to perform complicated calculations. When utilizing cloud facilities, on the one hand, cloud users wish to keep their data safe and undisclosed from other Internet users and even service providers. On the other hand, users may also need more fine-grained control over their data, for example in term of how the data can be accessed.

The main focus of this dissertation is to investigate on the cryptographic implementations of ABA schemes, or ways to construct different types of ABA schemes according to various security requirements. In a traceable ABA scheme, normal users cannot acquire any information about the identity of a signer given their signature, but a special authority is necessary to trace the signer’s identity. On the contrary, neither normal users nor authorities can reveal signers’ identities in an untraceable ABA scheme.